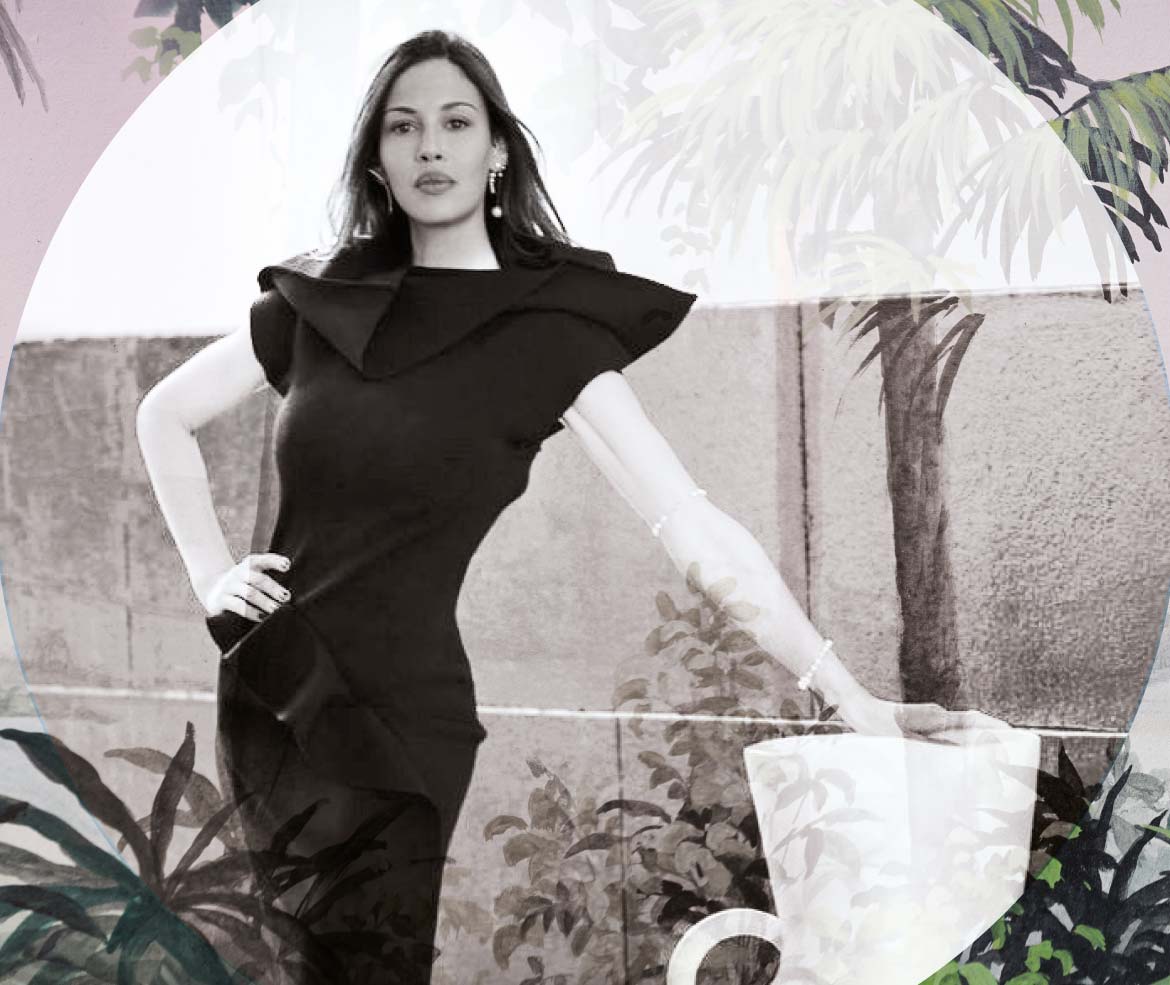 Anissa Kermiche is making a mark in the fine jewellery sphere with her eponymous line of designs, ranging from modern day pearls, to beautifully sculpted earrings.
A gifted academic at a young age, Anissa studied engineering and computer science, but after three years was struck with an ennui that led her ever-present rebellious temperament to adopt a different approach. She threw herself head first into jewellery studies at Central Saint Martins and London’s infamous jewellery district, Hatton Garden. Her bold move paid off and in 2016 culminated in an impressive jewellery launch.
Anissa’s abiding ambition is to create jewellery which reflects the generation of successful, powerful and inspirational women that she sees all around her. Her designs have caught the eye of many top tier publications including Vogue, Elle, Forbes, Harper’s Bazaar, The New York Times, The Telegraph Luxury, ES Magazine, Sunday Times Style to name a few. Her designs have a somewhat cult following led by Leandra Medine of Man Repeller, renowned style writer Pandora Sykes , influencer Camille Charriere as well as a growing number of celebrities such as Gwyneth Paltrow, Lily James, Gigi Hadid and Elizabeth Moss amongst others. In turn her designs have attracted buyers at leading retailers globally including Matches Fashion, Net-a-Porter, Intermix and My Theresa.
Anissa’s broad yet considered range of pieces laud the bold and empowered woman, yet retain an innate sense of femininity, thanks to her use of raw lines, curves and circles. This represents the duality of her personality; there’s poetry in the geometry, sensuality in the construction and elegance in her confrontational approach to empowerment. From her London-based studio, Anissa sources the finest stones and couples both her technical and creative skills to consistently challenge convention.

Constantly searching for unique touchpoints for her imagination, Anissa turns shapes from daily life into what she defines as wearable art —lamps become earrings, paintings translate into textures and sculpture informs the lines of neckpieces.

Most recently Anissa has branched out and turned her hand to objects. She designed “Love Handles” after not finding anything similar in the interiors market. This led to friends, and buyers making personal orders. Following the success of ‘love handles’ Anissa went on to design ‘Jug Jugs’, a humorous playful representation of the female bust. In March 2019 Anissa collaborated with charity Breast Cancer Now and did an exclusive colour with Matches Fashion with 30% of the proceedings raising awareness for breast cancer. Her objects are now stocked in predominant stockists such as Liberty’s and The Conran Shop. Enthused by the positive reactions so far, Anissa has chosen to expand further into the interior sphere. This will begin with “My New Breast Friend” and “Popotin”.