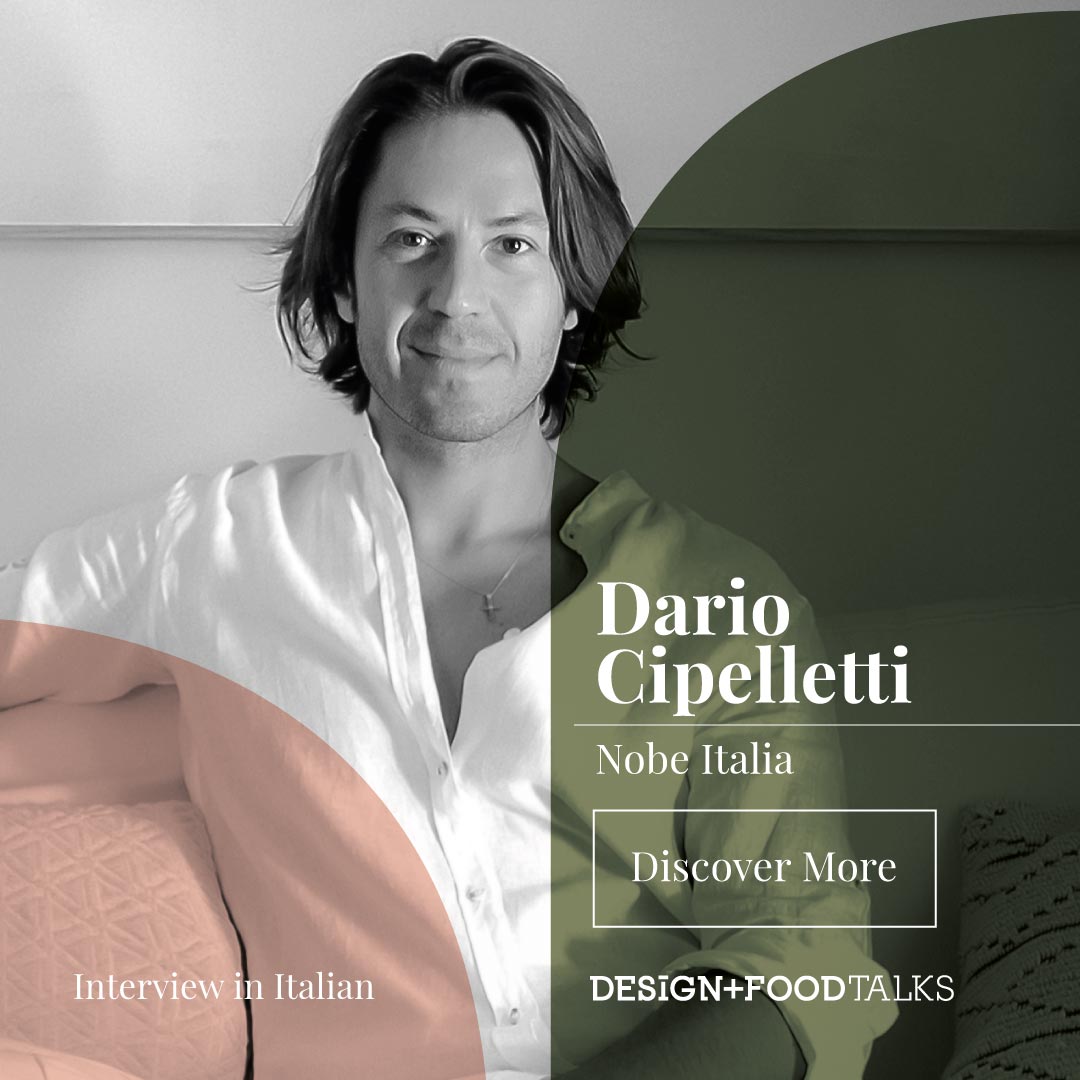 DESIGN + FOODTALKS⁠ with Dario Cipelletti / @nobeitalia
Website: www.nobeitalia.it
.
After attending the faculty of Architecture at the Polytechnic of Milan, Dario Cipelletti consolidated his extensive professional experience in the United States , Portugal and France where he worked for different design firms.⁠
He then returned Italy, and this gave him the opportunity to work as creative director on different interior luxury and custom design projects, which enabled him to estabilish the Dario Cipelletti Architect office in 2013.⁠
.
His creative side to visualize architecture was influenced by his high school studies mainly focused in the arts. His “journey “ is the permanent feature of his education and his goal is to create objects that can express emotions.⁠
.
He founded Nobe Italia in 2016 which specializes in designs that combine high-quality materials such as marble, metal, and wood. Inspired by the designs from the 1930s to 1950s, NoBe creations are distinguished by a pure aesthetic with a decisive artistic connotation that is defined by their spatial concept rather than predetermined, conventional use.⁠
⁠.
Here is what he prepared for you:
.
My Bellini
.
Ingredients:
.
– Brut Sparkling Wine (or Prosecco) – 30 g.
– White peach puree – 125 g.
– Raspberries – 20 g.
.
Preparation:
.
Bellini is an authentic Italian long drink , based on peach puree and sparkling white wine. This cocktail was created in 1948 by Giuseppe Cipriano, owner of the well-known Harry’s Bar in Venice for the opening of the painting exhibition of the artist Giovanni Bellini.
.
It is said that the particular pinkish color of the robe of a saint from a portrait by the painter, inspired Cipriani in the creation of this drink. Originally, in fact, the cocktail was composed of Champagne, white peach pulp and a touch of raspberry puree that served to give it a light pink color.
.
Cheers!