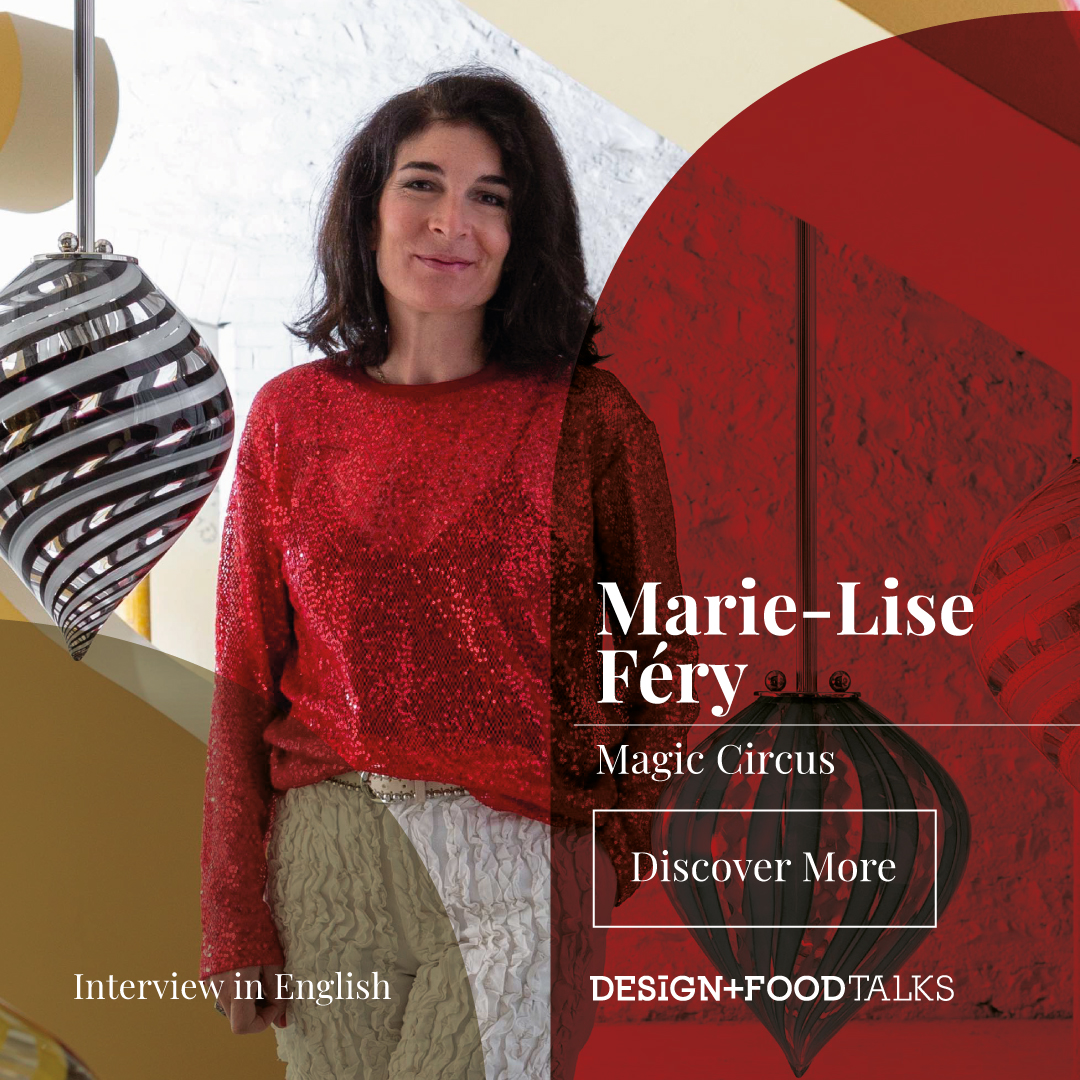 DESIGN + FOODTALKS⁠ with Marie-Lise Féry / @magic_circus_editions
Website: www.magic-circus.fr
.
Magic Circus Éditions founder Marie-Lise Féry was born in Paris. After studying art business, she moved to New York to start her career. Fascinated by the city’s architecture, she found an endless source of inspiration in the Big Apple’s monumental decors. Returning to France to settle down in Lyon, she opened an antiques gallery named Un Château en Espagne, and started telling her own stories through objects she gleaned on markets all around the country.

A way for her to perpetuate her mother’s motto: “Objects with a soul will always belong”. Since 2015, the year she established Magic Circus Éditions, she has moved on to lighting as a new medium for telling her stories, bringing the magic of the show into home interiors. With her love for the circus, turn-of-the-century cabarets and music halls, Marie-Lise Féry’s love of unusual objects has remained strong, but now prefers to focus her attention on pieces she has imagined herself. With a fun and light-spirited approach, she creates a bold visual effect that elicits instant attraction. She collaborates with some of Europe’s greatest artisans, from Prague and Murano to Clermont-Ferrand, working for instance with a Czech company⁠ specialising in sculpting glass using a diamond-blade saw, or an auto body shop renowned for their work with lacquers.

2. In a large, heatproof bowl set over a saucepan of barely simmering water, melt the chocolate and butter, stirring occasionally, until smooth. Remove from heat and whisk in 1/3 cup (65g) of sugar, then the egg yolks, all-purpose flour or almond flour, and vanilla.

3. In the bowl of stand mixer fitted with the whip attachment, or in a large bowl using a whisk, begin whipping the egg whites at medium speed. When they start to get frothy, increase the speed to high, add the salt, and whip until the egg whites start to hold their shape. Continue to whip, gradually add the remaining 1/3 cup (65g) of sugar, until the whites are firm enough to hold their shape, but not too stiff or dry.

4. Using a spatula, fold one-third of the egg whites in the chocolate mixture, then fold in the remaining egg whites, just until there are no visible streaks of egg whites. Scrape the batter into the prepared pan, smooth the top, and bake until the center of the cake feels almost set, but not quite, about 20 to 25 minutes. (If using almond meal, it may take up to 30 minutes.) A toothpick inserted into the center should come out with just a few moist crumbs attached.