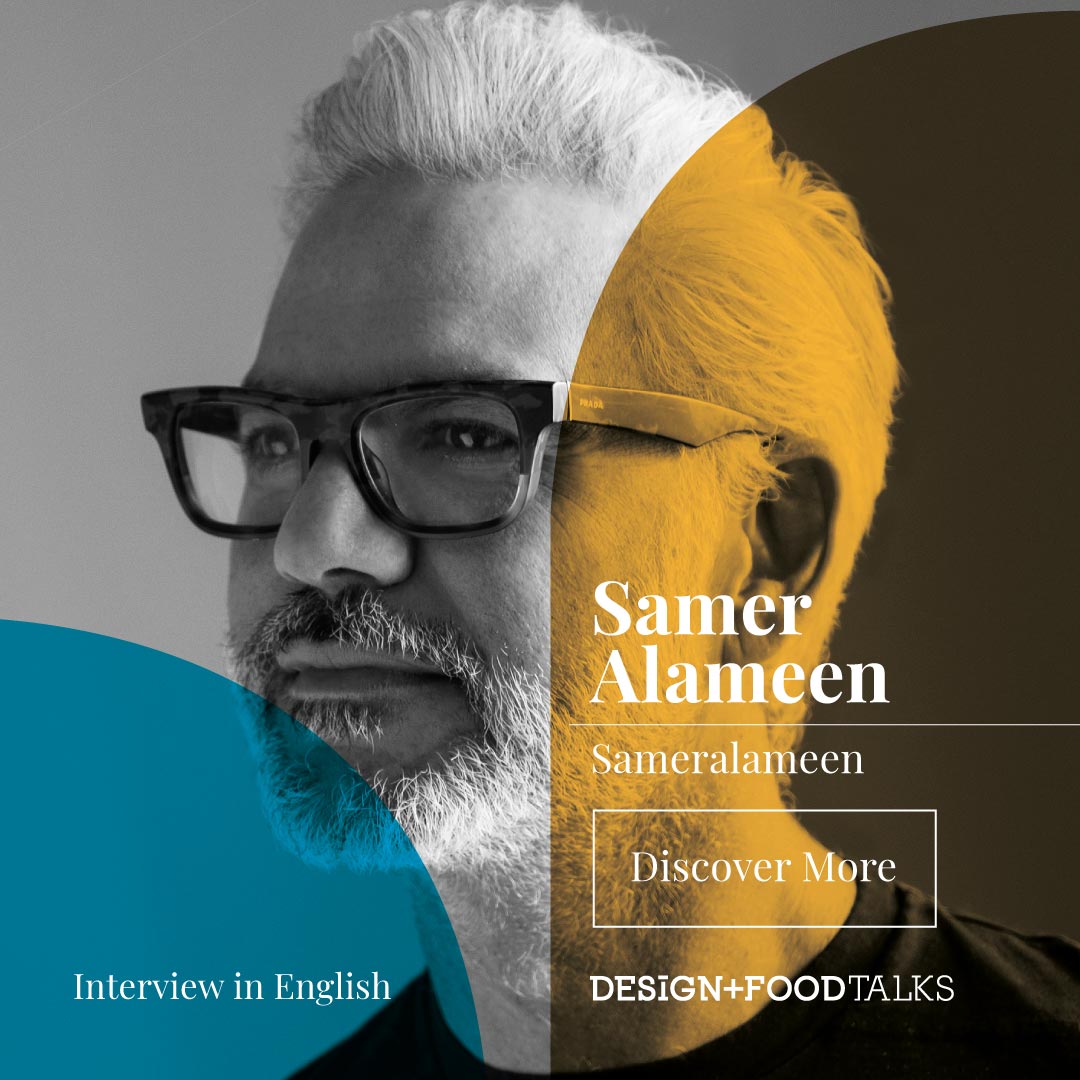 DESIGN + FOODTALKS⁠ with Samer Alameen / @sameralameen
Website: www.sameralameen.com
.
Samer Alameen’s work is anchored in a world of story-telling, something that stems from his extensive background in advertising and which has lead him to become a creator himself.⁠
Inspired by history, treasured memories and a sense of tradition, Samer reinvents the objects he creates: his process is witty, concise and refined, adding a new layer of purpose and context where appropriate to traverse both exclusive handmade and one-off pieces alongside those that are industrially produced. Born in Beirut-Lebanon in 1971, he graduated from the Lebanese American University with a double major in Fine Arts and Advertising in 1992, going on to work for a variety of prestigious agencies including Publicist, Grey Worldwide, McCann Erikson, Levant, Gulf and North Africa. In 2006, Samer launched his own studio specialising in branding and image consultancy with a client list that extended across the textile, retail, mall, banking, real estate, food and jewellery sectors. It was in 2012 that Samer decided to launch his own designs and his first collection.⁠
In 2014 he completed a Masters Degree in industrial design at Scuola Politecnica di Design (SPD) in Milan. In 2016 he opened his studio in Milan. Since his studio launch, Alameen’s work has been featrured in solo and collective exhibitions in Milan, Paris, Basel, Dubai and Beirut.⁠
⁠.
Here is what he prepared for you:
.
Eggplant chips with feta cheese
.
Ingredients:
.
– Eggplants
– Tomatoes
– Feta cheese
– Fresh Mint
– Olive oil
.
Preparation:
.
– Cut the eggplants into very thin circles.
– Dry the eggplants by pressing on them
– Coat the eggplants with flour on both sides
– Deep fry the eggplants (dry them out fo all excess oil)
– Mix the feta cheese with olive oil
– Add the feta on top of the eggplant and add the tomatoes slices and mint Leaves
.
Buon appetito!